A huge MISTAKE when advertising on YOUR podcast 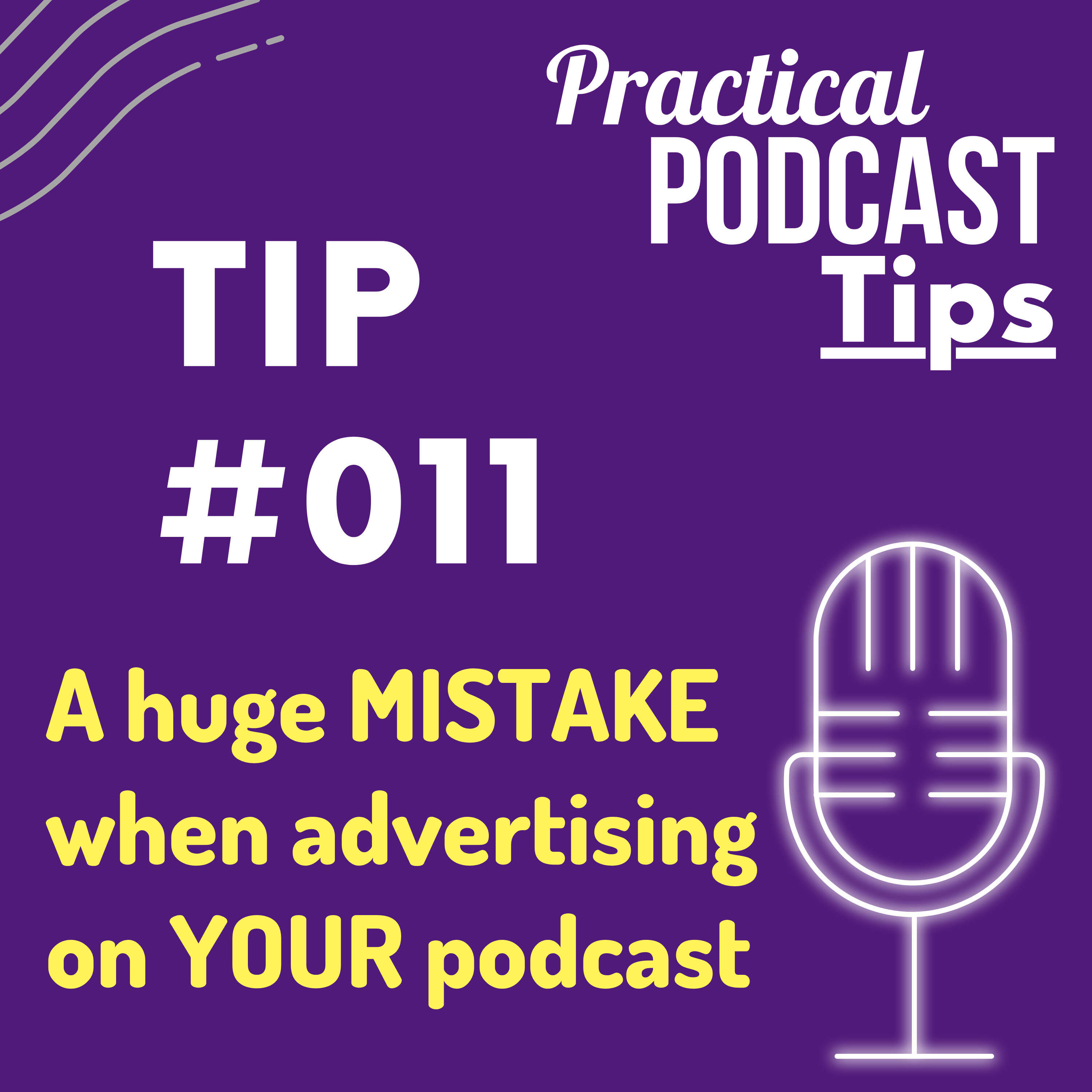 Eric talks about advertising on your podcast, and discusses a common mistake he sees a lot.

Eric talks about advertising on your podcast, and discusses a common mistake he sees a lot.

Eric Beels 0:01
Advertising is great. But should you advertise everything? Let's get into it. You're listening to Practical Podcast Tips. My name is Eric Beels. And today I'm going to cover tip number 11. A huge mistake when advertising on your podcast, advertising and sponsorships are something that naturally happens on a podcast. But many fall into a bad trap is a few things to be wary of. For one, don't do sponsorships strictly for the money, you really should believe in the product and believe that it's going to be helpful for your audience. But the number one most important thing is that you should believe in the product yourself, at least at the bare minimum, ideally, you should use the products on a regular basis. But at the bare minimum, make sure that you believe in the product that you're advertising or that you're allowing onto your podcasts, one example. So there's a couple of YouTubers that I follow. And one of them I love his content. But sometimes he does these sponsorships in advertisements that I can tell he doesn't believe in, he just does it for the money. He just does it because you know, it gets him paid whatnot. And I still really like him. But I can tell that he doesn't care about the product that he's advertising. And it really comes through and I'm not sure how it's affecting him, I hope he's still doing fine. It seems like he's still doing okay. But you really have to be careful with that sort of thing. Because if you advertise a product that kind of screws your audience over it, they're going to lose trust in you, right, they're not going to have faith in anything else that you advertise, and it's gonna look real bad on you. And there was another YouTuber though, that almost took a really big deal. And it was gonna basically bring him like millions of dollars, it was it was a pretty huge, huge deal for him. And it would turn his show actually into like a nationwide broadcast, so actually kind of get going getting off of YouTube. But he ended up not taking that sponsorship. And that opportunity that he had, because he didn't believe in the products that they wanted to advertise on his show, he looked at the list of sponsors and advertisements that they would be using. And he didn't believe in any of them. In fact, he called them outright scams. And he was really trouble he put out a video a whole video just on this one topic because he was really torn. You know, this was a big deal. He was really excited for it. But then when he saw the sponsorships, he just couldn't do it. And so I really applauded him for taking that bold step in my head, he went up a few notches just on him really, truly caring about his his audience. And the same thing is true for podcasts, whether it's on YouTube on podcast, or some other medium or whatever it might be, don't ruin the hard earned trust that you've built with your audience. Because one thing two people will hear in your voice. If you if you're talking about a product that you don't believe in, or isn't the best thing for your listeners, people will tune in on that, and they'll hear it and it will really affect your show as a whole. And it's just not. It's just morally not good. To be honest, the most important thing, only advertising products and services that you believe in. And don't ruin that hard earned trust with your audience. Remember that something else will come something else will be better than what that product is that will come your way. And I'm not going to get into it in this episode here. But there's other ways to make money on a podcast that I think are much better than sponsorships and advertising. So I'll get into that in another episode. But yeah, so in closing for this episode, only advertising products and services you believe in and don't ruin that harder and trust with your audience. See you in the next episode. Hey, thanks for listening. If you liked this episode, feel free to leave us a review. I'd love to hear how it helped. Also, if you know somebody else that could benefit from it. Go ahead and share it with them. Thanks again and see you in the next episode.