WHERE do I UPLOAD my podcast? 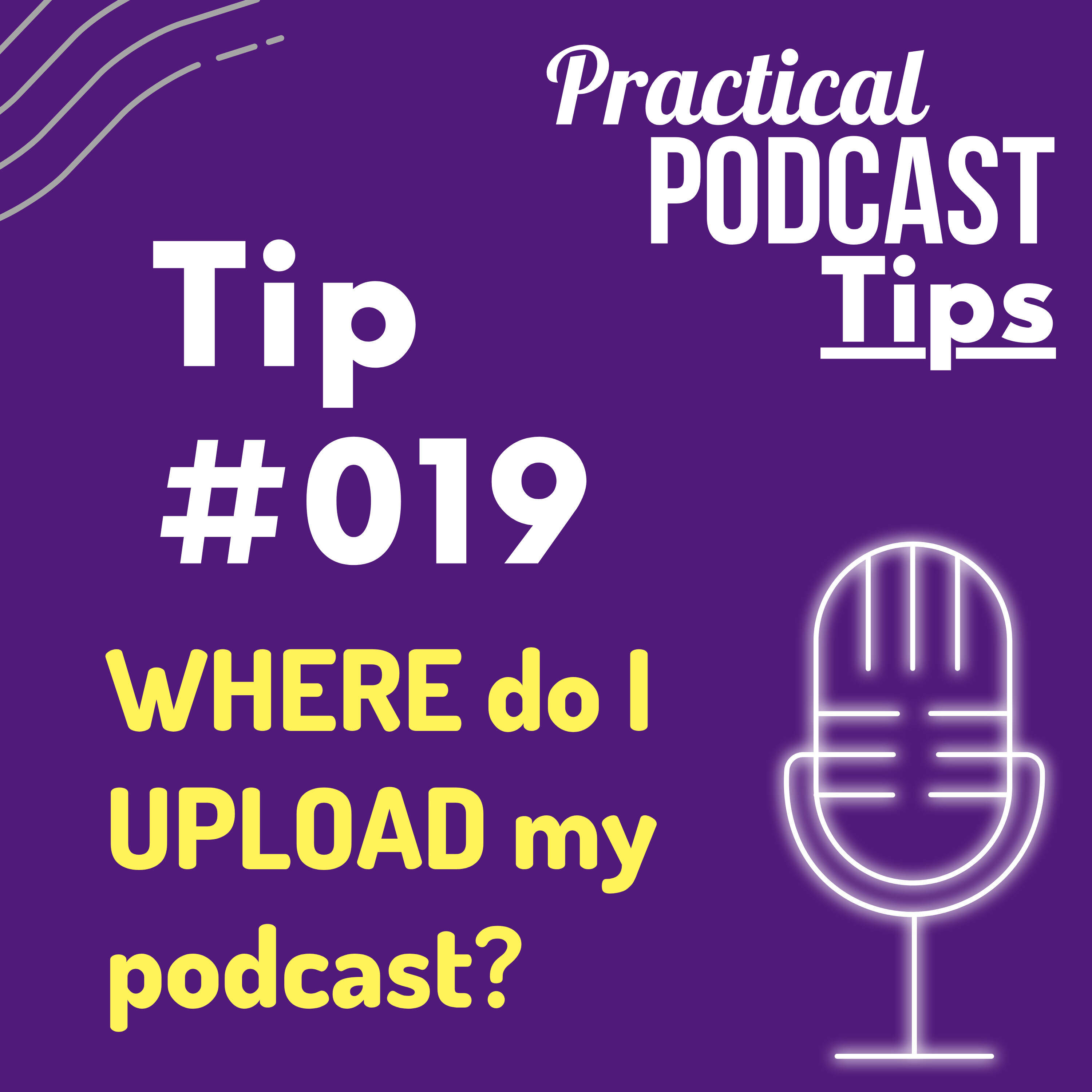 Do you upload straight to Apple or Spotify?

Do you upload directly to Apple? Does Apple cost money now? Find out in this episode

Eric Beels 0:01
Where do you upload a podcast? What's the difference between a publisher and a host? Keep listening to find out.

You're listening to Practical Podcast Tips. My name is Eric Beels. And today, I'm going to cover tip number 19. Where do I upload my podcast? There's a lot of different places to upload a podcast. And sometimes in the beginning, it can be a bit overwhelming. And even I kind of forget, you know, I get kind of wrapped up in the podcasting world, it becomes second nature to me. But recently, I was seeing some some people asking, you know, do I have to start paying for Apple podcasts. And it made me remember, realize that oh, yeah, like Apple podcasts and Spotify podcasts. That's where people tend to listen. And so I wanted to do an episode talking about about this and the differences on like, where you listen to podcasts versus where you upload them and whatnot. So the first thing I wanted to talk about is the difference between a podcast host and a podcast publisher. And when I'm talking about hosts, I'm not talking about a someone like myself talking, but it hosts as in where your actual files are hosted. So there's two different things, the most common one that you're going to be familiar with is the publisher. And that's going to be like Apple podcasts, Spotify, podcasts, Google podcasts, Amazon's doing podcasts, overcast, there's a lot of different publishers, that is where the consumer listens. But that's not necessarily where you're going to be uploading. Typically, where you going to upload podcasts goes to what's called the the host, some examples of what a podcast host is, there's a couple names I'll throw out there, there's like pod bean, there's transistor, there's red circle, anchor.fm, those are all podcast hosts, in like a single sentence of what that is, it's essentially where your files are stored on the internet, right. So all of the publishers pull from the podcast hosts. And the advantage of this, and this is definitely the way to go about doing it versus uploading directly with the exception is, you know, if you have like an exclusive deal with a podcast publisher, but if you're just getting started, you're almost certainly not going to have an exclusive deal like that. And so the advantage of of doing it straight to a host, and then letting the publishers pull from it is you can then publish your files on a lot of different locations. So like people can listen on Spotify podcasts, as well as Apple without you having to upload directly to either of those places. Now, one thing to clarify, too, is a lot of people were I was seeing were, were saying like, do I have to start paying for Apple? Now just pay Apple, you know, like 3040 bucks a year to have my files on Apple? The answer's no. So what a lot of people are getting confused on is the Apple podcasters program, which is a is a separate thing. I know, it's it's kind of confusing, because Apple has a lot of Apple naming conventions, or can be very confusing. But that's different from just being on the Apple podcasts app now with the Apple podcasters program is, is it allows you to have exclusive files on Apple that people can like, subscribe and pay you so pay like a monthly subscription, like you know, $5 $6 a month to get access to exclusive content only on Apple. And that cost somewhere around like $30, I think per year or something like that. And then they also take like a commission from that. But that's a paid platform. And the advantage of doing that is allows people to subscribe to exclusive content within the Apple ecosystem. But that's not required to just have your files on Apple. Okay, I'll save the subscription, the paid stuff for another episode. But I just wanted to address that in this one because I've seen a lot of confusion recently with people getting confused thinking that they had to start paying for Apple. The main thing that I wanted to talk about in this is that to remember that you're going to be uploading your files straight to a hosting provider like transistor and red circle, anchor, that sort of thing not directly to Apple or Spotify. Those systems will pull the files from your house. Okay. So That's it for this episode. So just wanted to kind of go over that internal flow of what that looks like. So the way that works is you upload to the host, and then the host sends the files to the publishers. And that's it for this episode. I'll see you in the next one.